David P. Anderson is Senior Systems Analyst and Director of the Imaging Laboratory in the Department of Geological Science's Center for Geophysics at Southern Methodist University.

We began modeling the surface of Venus in 1989 under a NASA grant for the Magellan project with Roger Phillips, one of it's principal investigators. Over the next few years we developed tools for generating three-dimensional imagery from the massive Magellan data sets, and began to produce a series of detailed pictures of geologic structures on Venus. 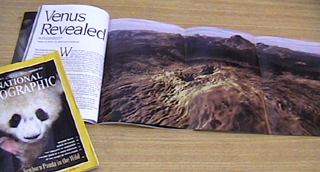 These images have been featured in the pages of scientific journals and magazines like Science, Scientific American, Discover, Sky and Telescope, Der Spiegel and others in Europe and Japan, over 350 publications as of April 2003, as well as astronomy texts and encyclopedia,s including a three page foldout in the February 1993 issue of National Geographic.

Discover Magazine featured an article in December 1993 about our work on a unique 3-D rendering technique developed in the SMU Imaging Laboratory for generating fine scale surface features from the NASA elevation and radar data measured by the Magellan space probe. The technique capitalizes on the relationship between radar reflectivity and surface roughness to re-create subtle features not available from the raw altimetry data. 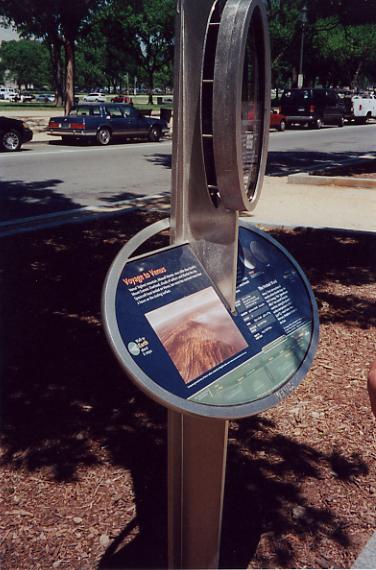 "The Solar System" model, a permanent installation at the Smithsonian Museum on the National Mall in Washington, D.C., includes ceramic plaques of each of the planets. The Venus station, pictured here, features an image from of NASA Magellan Spacecraft data of Maxwell Montes, tallest mountains in the Solar system, by "David P. Anderson, Department of Geological Sciences, Southern Methodist University."

A series of 3D images and animations of the Venus landscape were modeled by David in the SMU Geophysics Imaging Lab for the Scientific American Library which has since been released on CDROM.

We worked for five years with the Department of Geophysics at SMU and the Los Alamos National Laboratory modeling seismic data from earthquakes and mining explosions, as part of an effort to develop techniques for seismic detection and discrimination of nuclear events, as part of an on-going research effort in support of the Comprehensive Test Ban Treaty.

This led to the development of a series of techniques for imaging seismic energy as particle motions, surface motions, 3-D wave fields, and color and shading gradients. Similar models were developed for analyzing large-scale mining explosions and for both near and far-field measurements. These models were used by seismologists and also by mining engineers to better understand the mechanisms that couple the energy of explosions into the surrounding rock.

Together with scientists at SMU and Los Alamos National Laboratory we generated a series of papers based on the field experiments of Brian Stump to analyze the structure of industrial explosions and the source mechanisms with which they create seismic energy, by combining multiple data sets from accelerometers and seismometers with broad-band acoustic and video records, all synchronized with GPS clocks. These data provide new insights into the creation of seismic and acoustic waves by explosive forces and their interrelation. 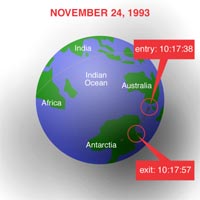 An exotic form of extremely dense matter may, if it exists, periodically strike the earth and be detectable from the seismic energy released by its passage. Traditional seismic theory depends on point sources for very small events like this, and so would not detect the passage of such a particle. The team has developed and deployed a "linear event recognizer" to search for just such events.

In my spare time I enjoy: 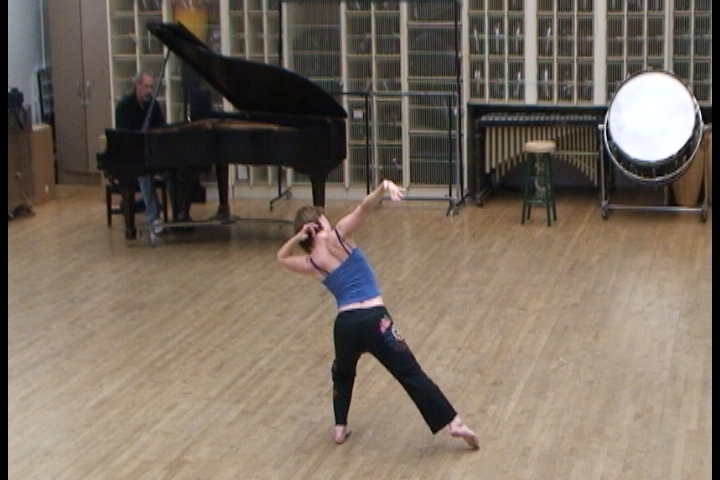 
and here's a link to my weblog